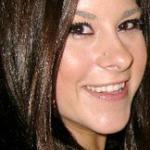 Colleen is a second year student at UCLA Law School interested in the intersection between international law, economic policy, and human rights. Her interest in foreign affairs developed while she completed her undergraduate degree in political science at the University of California, Berkeley.

While at UC Berkeley, Colleen worked as an outreach liaison for the local UNICEF Chapter and collaborated with the East Bay United Nations Association in raising awareness for UN Millennium Development Goals. Prior to starting law school, Colleen moved to Europe for graduate studies, where she earned a masters degree in international relations from the London School of Economics, with an academic focus on international economic policy.