Introduction to the Forum

This Forum is run by Dr. Richard H. Steinberg of the Human Rights Project at UCLA School of Law (UCLA Law) with the support of the Office of the Prosecutor of the International Criminal Court (ICC OTP).

In this video, Fatou Bensouda, the former ICC Prosecutor, introduces the Forum.

The purpose of the Forum is to allow members of the legal community, governments, academics, and others to debate complex issues of international criminal law faced by the Office of the Prosecutor in the course of its work at the ICC. Membership and participation in this Forum are open to everyone. We welcome you to express your opinion, and we request a civil debate which directly addresses the legal issue set forth in the current question.

Since its inception in 2002, the ICC has advanced international justice and human rights by embracing new developments in human rights law. As with any emerging body of law, it is important to gather as much insight as possible on highly contested issues. And what better way to share insight than through the Internet?

The Forum will deal with one substantive legal issue at a time in the form of a question—we anticipate addressing five questions a year. The questions are developed jointly by the ICC OTP and UCLA Law. Some of the world’s preeminent legal experts on the issue raised by the questions will be invited to give their opinions. The relevant decisions of the Prosecutor or the Judges of the ICC will also be included. Those opinions, in turn, provide a strong foundation for further online discussion.

We invite every interested person to register and post their own views on the question in a courteous and polite manner. Posts should be on-point. The Forum does not permit hate speech or ad hominem attacks.

Posts which violate the Rules and Guidelines will be promptly removed. Posters who violate the guidelines may be prohibited from further postings. The subject matter that concerns the ICC (crimes against humanity, genocide, gender crimes, and so on) is adult in nature, and accordingly this Forum is not appropriate for children.

This Forum is not an opinion poll. It is about allowing voices to be heard, but not counted. The number of posts for or against a certain point of view is not relevant here. What’s compelling is the argument. While the ICC OTP will be informed by the Forum, the Forum is obviously not intended to direct the OTP’s actions.

You’re free to read the Forum anonymously, but to join the discussion, you must register with your real name and email address. Your email address is not publicly displayed, pursuant to our Privacy Policy Statement. The Forum has an internal messaging system and will serve as an intermediary between member conversations, unless those members choose otherwise. Each member may have an optional biographical profile. Spamming or advertising services is not permitted.

Your first few comments won’t be displayed until approved by our staff. After you’re a trusted member, your posts will no longer require advance approval.

By posting on this Forum, an unrestricted license to edit, publish, and republish the material is granted to the Regents of the University of California without restriction of any kind. Some issues discussed in the Forum may be compiled into book or article format for distribution.

UCLA Law hopes that this Forum will help provide clarity on the legal positions of difficult, novel and complex issues facing the International Criminal Court. Please join us. We look forward to reading your contribution.

Web work on the Forum is by Pipsqueak Productions. If you have feedback or other comments, please send email to info@iccforum.com.

The Promise Institute for Human Rights at UCLA School of Law

The Promise Institute for Human Rights at UCLA School of Law is the center of human rights education, research, and advocacy at UCLA and around the region. Founded with a visionary $20 million gift in 2017, the Promise Institute at UCLA Law trains the next generation of human rights lawyers and leaders, generates vital scholarship, and develops programs for on-the-ground assistance to address the most pressing contemporary human rights concerns of our times—from race and migration to the environment and technology, matters which resonate with its location in Los Angeles, and which are reshaping our world.

Students engaged with the Promise Institute gain a strong foundation in human rights law and have the opportunity to participate in clinics, experiential programs and other endeavors that enhance their educational experience and prepare them for impactful careers in the field. The Institute supports a diverse program of scholarship and fellowship programs, as well as activities and publications that will serve as fora for international human rights lawyers and scholars from UCLA and beyond. 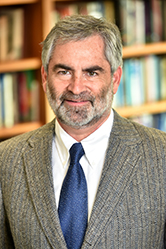