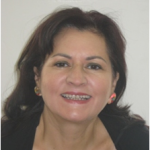 Mrs. Rosette Bar Haim is a Law Graduate from the Universities of Paris and Jerusalem where she received a Master’s degree in Criminal Law – specialising in the Rome Statute Applicable Law and human rights. She also received an international criminal law certificate from the Asser Institute, in The Hague (2006) and a certificate in the training on the Law and Practice of the International Criminal Court (2010).

She has practiced criminal law since 1997 at R&R Bar Haim Law Offices in Jerusalem. She participated as an independent representative of the Israel civil society to 5 General Assemblies of the Rome Statute States Parties during which she established a good relationship with the Organs of the Court.

She is devoting a lot of efforts to bring her country, Israel, on board this ICC criminal system. She was admitted on the ICC list of counsel as the first Israeli women representative (2009) and was involved in the representation of a group of victims of sexual aggression in the DRC (Democratic Republic of Congo) case in 2009-2010.

Her work has an independent researcher led her to the legal doctrine of judicial humanism published in the international law review of Quebec in 2010. Volume Hors Serie, International Association of Defense lawyers –ICDAA –IADA http://www.sqdi.org/aiad2010.html view Joe Cooper Introduction at page 13 (Rosette Bar Haim) and view the Article “L’Humanisme Judiciaire / Judicial Humanism under “Critique and Reflection”

Also based on this doctrine she wrote “The liberty of expression, foreign boycotts and the fundamental rights of others Commentary on the ECHR Willem V. France, Chamber Judgment (application no. 10883/05)” ( 2011, seeking a publisher )