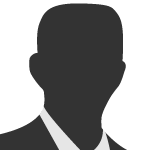 Legal Advisor of the Jerusalem-based research institution NGO Monitor and a graduate of Oberlin College and Columbia University Law School. Prior to joining NGO Monitor, I was a litigator in New York and was involved in several human rights cases pro bono, including work for the International Criminal Tribunal of Rwanda. My area of expertise centers on universal jurisdiction, international criminal law, international human rights law, and the laws of armed conflict.

My publications have appeared in the Wall Street Journal, Ha’aretz, the Jerusalem Post, Jewish Ideas Daily, and the Jewish Political Studies Review. My 2008 publication, “NGO ‘Lawfare’: Exploitation of Courts in the Arab-Israeli Conflict” is the seminal article on universal jurisdiction cases against Israeli officials and companies doing business with Israel. I have also published a law review article on Rule 61 of the International Criminal Tribunal for the former Yugoslavia.