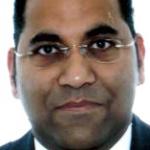 During his term at the Commonwealth Secretariat, Mr Khan will be on a special leave of absence from the FCO. Before joining the Commonwealth Secretariat, he served overseas as Head of the International Law Section, British Embassy, The Hague, (The Netherlands) and in various legal capacities in the United Nations Organisation based in Geneva and the Palestinian Territories. Experienced in conducting multilateral negotiations, he is a qualified Barrister-at-Law called to the English Bar and also the New York Bar as an Attorney-at law. Mr Khan completed his professional training at the London Chambers of Sir Godfrey Le Quesne QC, and subsequently joined the United Nations Organisation followed by the British Diplomatic Service. He graduated from the Universities of Cambridge, Reading and Strasbourg and specialised at post-graduate level in Public International law and International Human Rights law. He is a Colombos Public International Law Prize Winner of Middle Temple Inn of Court and in 2011 was awarded the status of ‘fellow’ by the Sierra Leone Institute of International Law in recognition of his contribution to the progressive development of international law. He is also a former ad hoc member of the Bar Council International Relations Committee of England and Wales and an accredited advocacy trainer.