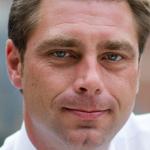 William Burke-White is Deputy Dean and Professor of Law at the University of Pennsylvania Law School. Burke-White is a leading expert on international law, international institutions, and global governance. From 2009-2011 he served in the Obama Administration on Secretary of State Clinton’s Policy Planning Staff, providing the Secretary direct policy advice on multilateral affairs, international institutions, and the Russian Federation. He was Principal Drafter of the Quadrennial Diplomacy and Development Review (QDDR), Secretary Clinton’s hallmark effort to reform the Department of State and reshape US foreign policy. Burke-White helped lead the implementation of the QDDR and oversaw numerous elements of institutional reform.

Burke-White has written extensively in the fields of international law and institutions, with particular focus on international criminal and international financial law. He has worked on issues of post-conflict justice; the International Criminal Court; linkages between human rights and national security, and international investment arbitration. His current research explores the gaps in the global governance system and the challenges of international legal regulation in a world of rising powers and divergent state interests. In 2008 he received the A. Leo Levin Award for Excellence in teaching an introductory course and was awarded a research fellowship from the Alexander von Humboldt Foundation. In 2007 he received the Robert A. Gorman Award for Excellence in Teaching.