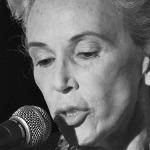 Professor MacKinnon is a lawyer, teacher, scholar, writer, and activist for sex equality. She conceived gender crime—the concept that sex crimes (inter alia) are gender based—and other significant developments widely adopted in domestic and international law. Professor MacKinnon has served as the Special Gender Adviser to the Prosecutor of the International Criminal Court, The Hague, since 2008. She is one of the most widely cited scholars on law in the English language.