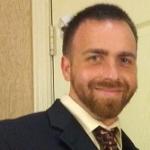 Ben is a second year law student at UCLA School of Law, focusing his studies on international human rights, humanitarian, and criminal law. Graduating from UCLA undergraduate with a B.S. in Mathematics / Economics in 2006, Ben worked for Chimera Capital (now part of T3 Trading Group), trading U.S. equities on the stock exchange. After the first year of trading, he became the head trainer of the office, tasked with training all new hires and teaching weekly lessons. In early 2011, Ben began focusing his time on studying world affairs and U.S. foreign policy. This prompted him to change careers and focus on holding powerful actors accountable for their massive human rights abuses.

Since starting law school, Ben has been dedicated to this goal. He is on the board of the International Human Rights Law Association, the Journal of International Law and Foreign Affairs, and the International Justice Project (which he co-found). Throughout this past year, he has volunteered his time to eminent human rights lawyer, Paul Hoffman. During Ben's internship with Paul over last summer, Ben primarily worked on the U.S. Supreme Court case Kiobel v. Royal Dutch Petroleum, dealing with extraterritorial violations of the law of nations. Additionally, in October of 2012, Ben traveled with Professor Richard Steinberg and a team of students to the Ituri region of the Democratic Republic of Congo to interview victims of mass atrocities as to their reparations preferences. The results are to be presented in an amicus brief to the International Criminal Court.