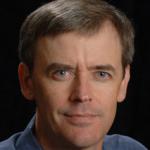 James D. Fearon is Theodore and Frances Geballe Professor in the School of Humanities and Sciences and Professor of Political Science at Stanford University. His research focuses mainly on political violence—interstate, civil, and ethnic conflict, for example—though he has also worked on aspects of democratic theory and the impact of democracy on foreign policy. He has published numerous articles in scholarly journals, including “Self-Enforcing Democracy” (Quarterly Journal of Economics), “Can Development Aid Contribute to Social Cohesion after Civil War?” (American Economic Review: Papers and Proceedings), “Iraq’s Civil War” (Foreign Affairs), “Neotrusteeship and the Problem of Weak States” (co-authored with David Laitin, in International Security), “Ethnicity, Insurgency, and Civil War” (co-authored with David Laitin, in American Political Science Review), and “Rationalist Explanations for War” (International Organization). Fearon was elected member of the American Academy of Arts and Sciences in 2002, and has been a Program Fellow of the Canadian Institute for Advanced Research since 2004. He served as Chair of the Department of Political Science at Stanford from 2008-2010.