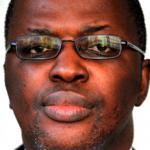 Abdul Tejan-Cole is Executive Director of OSIWA. Prior to his appointment, Abdul served as Commissioner of the Anti-Corruption Commission in Sierra Leone, from December 2007 through April 2010. Abdul’s previous positions include: Attorney in the Special Court for Sierra Leone; Deputy Director for the International Center for Transitional Justices’s (ICTJ) Cape Town Office; and President of the Sierra Leone Bar Association. Abdul also has extensive experience working with Open Society Institute (OSI). He served as Board Chair of OSIWA from 2002-2007, and has also served as a member of the board of the Open Society Justice Initiative (OSJI).