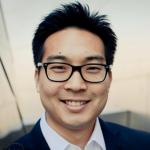 David Lee received his Bachelor of Arts in Philosophy from the University of California, Berkeley in 2007. He spent the summer of 2006 studying at the University of Cambridge and he also spent one year at Fuller Theological Seminary from 2007-2008, where he earned a Certificate in Christian Studies. His overseas experiences with victims of poverty in Paraguay, natural disaster in Indonesia, and brutal violence in Uganda led him to the study of law. He is currently a 3L at the UCLA School of Law, where he is a managing editor for the Asian Pacific American Law Journal and has taken courses on international human rights, trafficking, and international criminal law.