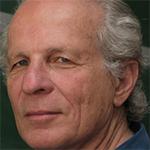 George P. Fletcher is regarded as one of the leading scholars in the United States in the fields of torts and criminal law, in particular, comparative and international criminal law. His first novel, The Bond, was published in 2009. One insightful critic has described it as a cross between Sophie’s World and The Human Stain. The second book, which discusses tort liability in international cases, is already published under the title Tort Liability for Human Rights Abuses.

In 2007 and 2008, Fletcher concentrated his books in the field of international criminal law. Defending Humanity: When Force is Justified and Why (Oxford 2008, with Jens Ohlin) explores the analogies between self-defense in domestic and international law. The Grammar of Criminal Law: American, Comparative, and International (Oxford 2007) probes the basic structure and language of diverse systems in criminal punishment. In addition, he has published ten other books and over 150 law review articles.

Some of the other leading books are Our Secret Constitution: How Lincoln Redefined American Democracy (Oxford 2001), which was selected as the best book published on law that year by the American Association of Publishers, and Loyalty: An Essay on the Morality of Relationships (Oxford 1993), praised by William Safire twice in his New York Times column. Loyalty has also been translated to French, German, and Spanish.

A Crime of Self-Defense: Bernhard Goetz and the Law on Trial (Free Press 1988) received the Silver Gavel Award from the American Bar Association and has been translated to German, Spanish, Italian, and Japanese.

Rethinking Criminal Law (Little Brown 1978), distinguished by the Order of the Coif Award as one of the best books published on law in the late 1970s, was recently cited in the first two opinions of the International Criminal Court (Lubanga and Katanga).

Fletcher’s most famous law review article is “Fairness and Utility in Tort Theory,” 85 Harvard Law Review 537 (1972), and is one of the most cited articles of all time.

In 2006, he wrote a brief in Hamdan v. Rumsfeld—adopted by Justice Stevens and the four-vote plurality.

Fletcher’s work has been featured in several special editions of law reviews. In April 2003, the Notre Dame Law Review surveyed his contribution to legal scholarship in general (Propter Honoris Respectum) and the Tulsa Law Review devoted a whole issue to honor the 25th Anniversary of Rethinking Criminal Law. Recent issues of the Cardozo Law Review and Criminal Justice Ethics have published symposia about his work. Oxford University Press plans to publish a book of his collected essays with commentaries by leading scholars in the field.

Fletcher’s work is widely read and discussed all over Europe, Latin America, and Israel. He has received foundation awards in the U.S. (Guggenheim, Ford, ACLS, Rockefeller). He was the first foreign scholar to receive the prestigious Wissenschaftspreis [Prize for Scholarship] from the German Humboldt Foundation in 1995. In 2004, he was elected to the American Academic of Arts and Sciences.

Fletcher has lectured and done media spots in Russian, French, German, Hebrew, Spanish, Hungarian and Italian. He has published dozens of op-ed pieces and longer articles in The New York Times, The Washington Post, The New Republic, and The New York Review of Books.

“Loyalty: An Essay on the Morality of Relationships” (1993)

“With Justice for Some: Victims’ Rights in Criminal Trials” (1995)

“Our Secret Constitution: How Lincoln Redefined American Democracy” (2001), designated by the American Association of Publishers as the best book on law published in 2001

“American Law in a Global Context: The Basics,” co-authored with Steve Sheppard (2005)