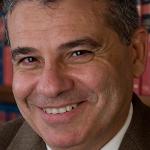 Prior to entering academia in 1989, Professor Alvarez was an attorney adviser with the Office of the Legal Adviser of the U.S. Department of State where he worked on cases before the Iran-U.S. Claims Tribunal, served on the negotiation teams for bilateral investment treaties and the Canada-U.S. Free Trade Agreement, and was legal adviser to the administration of justice program in Latin America coordinated by the Agency of International Development. Educated at Harvard College, Harvard Law School, and Oxford University, Professor Alvarez has also been in private practice and was a judicial clerk to the late Hon. Thomas Gibbs Gee of the Fifth Circuit Court of Appeals. He is presently a member of the Council on Foreign Relations, the executive council of the ASIL, the board of the Center for Reproductive Rights, the U.S. Department of State’s Advisory Committee on Public International Law, and is special adviser on public international law to the Prosecutor of the International Criminal Court.

A curriculum vitae, including a list of prior publications, is available online.