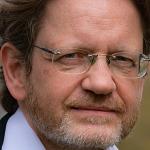 Apart from being Professor of Law, Ambos served as a Judge at the Provincial Court (Landgericht) of Lower Saxony in Göttingen from March 24, 2006 to February 7, 2017 (from January 2015 to 30 September 2015 delegated to the Appeals Court (Oberlandesgericht) Braunschweig); with his appointment as Judge at the Kosovo Specialist Chambers (KSC), The Hague, on February 7, 2017 he took leave from this judicial position. On December 6, 2017 he has been appointed as Advisor (Amicus Curiae) to the Colombian Special Jurisdiction for Peace. Judge Ambos is also since December 2013 Director of the Centro de Estudios de Derecho Penal y Procesal Penal Latinoamericano (CEDPAL) of Georg-August-Universität Göttingen. He serves as Editor-in-Chief of Criminal Law Forum (Springer, Society for the Reform of Criminal law) and, in different capacities, as member in various editorial boards of national and international journals.