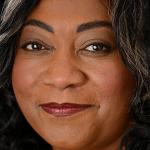 Kamari Maxine Clarke is a professor at Carleton University in International and Global Studies. She also teaches in the department of Law and Legal Studies and in the Anthropology department. Over her career she has taught at Yale University (1999-2012), the University of Pennsylvania (2012-2015), and the University Toronto (2015) and was the former chair of the Council on African Studies at Yale (2007-2010) and the co-founder of the Center for Transnational Cultural Analysis at Yale. For more than 20 years, Professor Clarke has conducted research on issues related to legal institutions, human rights and international law, religious nationalism and the politics of globalization. She has spent her career exploring theoretical questions of culture and power and in the field of law and anthropology detailing the relationship between new social formations and contemporary problems.