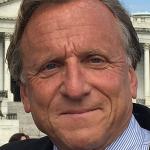 Donald Ferencz is an American lawyer and advocate for the rule of law in global affairs. He has been an adjunct professor of law at Pace University Law School in New York, and is currently a Visiting Professor at Middlesex University Law School in London and a Research Associate at the Oxford University Faculty of Law’s Centre for Criminology. In 1996, he and his father, Benjamin Ferencz, established the Planethood Foundation, a small private foundation “educating to replace the law of force with the force of law.” He was among the NGO advisors to the ICC’s Special Working Group on the Crime of Aggression and, after the ICC Review Conference in Kampala, Uganda in 2010, organized, and serves as the Convenor of, the Global Institute for the Prevention of Aggression, an international cooperative of academics, diplomats, and advocates with a shared interest in deterring the illegal use of force. He was personally present when the amendments on aggression were adopted in Kampala in 2010 and also when they were activated in New York in December of 2017. He lives with his wife, Valentina Mazzoleni, in Chepstow, Wales.