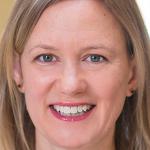 Rebecca Hamilton is an Associate Professor of Law at American University Washington College of Law. She is a 2019-2020 Council on Foreign Relations International Affairs Fellow. Her research and teaching focus on national security law, technology, international law, and criminal law. Her scholarship draws on her experience in the prosecution of genocide, war crimes, and crimes against humanity, as well as her work in conflict zones as a foreign correspondent. She is the author of Fighting for Darfur: Public Action and the Struggle to Stop Genocide, which analyzes citizen activism and the effort to stop mass atrocities.

From 2007-2009 Hamilton served in the prosecutorial division of the International Criminal Court. She was previously the Deputy Director of the Bernstein Institute for Human Rights at NYU School of Law. Prior to entering academia Hamilton worked as a journalist for the Washington Post, and Reuters. A Pulitzer Center grantee, and former fellow at New America and at Open Society Foundations, she has also written for Foreign Affairs, The New Yorker, Foreign Policy, The Atlantic, International Herald Tribune, and The New Republic. She is a regular contributor to Just Security.

Hamilton completed her undergraduate studies in Sydney, Australia. She is a graduate of Harvard Law School and Harvard Kennedy School, where she was a Knox Fellow. She is a member of the New York Bar and serves on the Executive Council of the American Society of International Law.