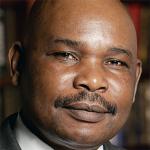 Makau Mutua is Dean, SUNY Distinguished Professor, and the Floyd H. & Hilda L. Hurst Faculty Scholar at Buffalo Law School, The State University of New York. He teaches international human rights, international business transactions, and international law. He has been a Visiting Professor at various universities around the world, including Harvard Law School.

Professor Mutua obtained a doctorate in law from Harvard Law School in 1987. He was Co-Chair of the 2000 Annual Meeting of the American Society of International Law. He is a member of the Council on Foreign Relations and Chairman of the Kenya Human Rights Commission.

Professor Mutua is the author of several books including Kenya’s Quest for Democracy: Taming Leviathan (2008), Human Rights NGOs in East Africa: Political and Normative Tensions (2008), and Human Rights: A Political and Cultural Critique (2002). He has written dozens of scholarly articles in international law and human rights and numerous reports for the United Nations and leading NGOs. He has authored dozens of articles for popular publications such as the New York Times, Boston Globe, Sunday Nation (Kenya), and the Washington Post.

He has conducted numerous human rights missions in Africa, Latin America, and Europe. He has lectured and spoken at public fora in many parts of the world, including Japan, Brazil, France, and Ethiopia.