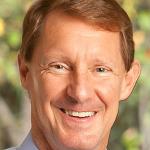 Mike Newton is an expert on accountability, transnational justice, and conduct of hostilities issues. He came to Vanderbilt after teaching at West Point. He helped negotiate the Elements of Crimes for the International Criminal Court as part of the U.S. delegation, and coordinated the interface between the FBI and the ICTY while supporting the Milosevic indictment. Professor Newton served in the Office of War Crimes Issues, U.S. Department of State during both the Clinton and Bush Administrations. As the Senior Advisor to the Ambassador-at-Large for War Crimes Issues, he shaped a wide range of policies related to the law of armed conflict, including U.S. support to accountability mechanisms worldwide. He was the U.S. representative on the U.N. Planning Mission for the Sierra Leone Special Court and serves on the Advisory Board of the ABA International Criminal Court Project. After helping establish the Iraqi High Tribunal, he served as International Law Advisor to the Judicial Chambers from 2006 to 2008.

He is a highly sought after speaker on post conflict accountability, having published over ninety articles, editorials, and book chapters. His interdisciplinary work entitled Proportionality in International Law was groundbreaking. He co-authored the award winning history of the Dujail trial entitled Enemy of the State: The Trial and Execution of Saddam Hussein. His work on the DoD Law of War Manual is the most comprehensive treatment of this complex topic in the field. At Vanderbilt, he teaches courses relating to terrorism, international criminal law, and the laws of warfare. He has supported governments, NGOs, and international organizations around the world. He has also been involved with litigation around the globe to include internationalized tribunals as well as domestic accountability efforts and human rights cases. He has argued in the International Criminal Court and remains on the counsel list.