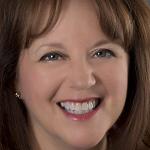 Leila Nadya Sadat is the James Carr Professor of International Criminal Law and Director of the Whitney R. Harris World Law Institute. She currently serves as Special Adviser on Crimes Against Humanity to the International Criminal Court Prosecutor. Professor Sadat is an internationally recognized and prolific scholar writing and teaching in the fields of public international law, international criminal law, human rights and foreign affairs, and has published more than 100 books and articles in leading journals, academic presses, and media outlets throughout the world. She recently received an Honorary Doctorate from Northwestern University and the Arthur Holly Compton Distinguished Faculty award from Washington University. She held the Alexis de Tocqueville Distinguished Fulbright Chair in Paris, France in Spring 2011, and is the Director of the Crimes Against Humanity Initiative, a ground-breaking project that produced the world’s first global treaty on crimes against humanity. She is incoming President of the International Law Association (American Branch) and a member of the U.S. Council on Foreign Relations.