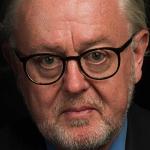 Professor William A. Schabas is professor of international law at Middlesex University in London and professor of international criminal law and human rights at Leiden University. He is also emeritus professor of human rights law at the National University of Ireland Galway and honorary chairman of the Irish Centre for Human Rights, invited visiting scholar at the Paris School of International Affairs (Sciences Po), honorary professor at the Chinese Academy of Social Sciences in Beijing, and professeur associé at the Université du Québec à Montréal. Prof. Schabas is a ‘door tenant’ at the chambers of 9 Bedford Row, in London. He has appeared as counsel before several international and national courts and tribunals including the International Court of Justice, the International Criminal Court, the Grand Chamber of the European Court of Human Rights and the Supreme Court of Canada.

Professor Schabas holds BA and MA degrees in history from the University of Toronto and LLB, LLM and LLD degrees from the University of Montreal. He is the author of more than twenty books dealing in whole or in part with international human rights law. His new book, The Trial of the Kaiser, will be published later this year by Oxford University Press. He has also written more than 400 journal articles and book chapters, principally in the field of international human rights law and international criminal law. His writings have been translated into Russian, German, Spanish, Portuguese, Chinese, Japanese, Arabic, Persian, Turkish, Nepali and Albanian. Professor Schabas has worked as a consultant on capital punishment for the United Nations Office of Drugs and Crime, and drafted the most recent quinquennial reports of the Secretary-General on the status of the death penalty.

Professor Schabas was named an Officer of the Order of Canada in 2006. He was elected a member of the Royal Irish Academy in 2007. He has been awarded the Vespasian V. Pella Medal for International Criminal Justice of the Association internationale de droit pénal, the Gold Medal in the Social Sciences of the Royal Irish Academy, and he holds several honorary doctorates.