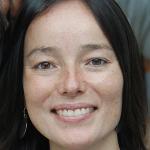 Seelinger currently serves on the UN High Commissioner for Refugees’ Advisory Group on Gender, Forced Displacement, and Protection. She was also an expert commentator on the International Protocol on the Documentation and Investigation of Sexual Violence in Conflict, and is a member of the expert group on international guidelines on the documentation of sexual violence against men and boys.

Before coming to HRC, Seelinger was a staff attorney at the Center for Gender and Refugee Studies at UC Hastings College of the Law, where she co-taught the Refugee and Human Rights Clinic and represented asylum seekers fleeing gender-based violence. Prior to that, she was a Yale-China Association clinical legal education fellow and a staff attorney and Kirkland and Ellis Public Interest Fellow at the Lutheran Family and Community Services in New York City. Seelinger graduated from New York University School of Law.