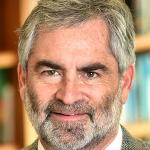 The Evolution of the Trade Regime:  Politics, Law, and Economics of the GATT/WTO (with John Barton, Judy Goldstein, and Timothy Josling, Princeton University Press, 2006).

Regulatory Shift: The Rise of Judicial Liberalization at the WTO (with Judith Goldstein), in The Politics of Global Regulation (edited by Walter Mattli and Ngaire Woods, Princeton University Press, forthcoming, 2009).

The Transformation of European Trading States, in The State After Statism: New State Activities in the Age of Liberalization (edited by Jonah D. Levy, ed., Harvard University Press, 2006).