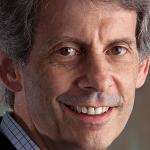 John Hagan is John D. MacArthur Professor at Northwestern University and Co-Director of the Center on Law & Globalization at the American Bar Foundation in Chicago. He received the Stockholm Prize in Criminology in 2009, was elected to the American Academy of Arts and Sciences in 2010, and received the Harry Kalven Prize in 2012. Hagan is the Editor of the Annual Review of Law & Social Science.