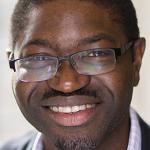 Professor Dapo Akande is Professor of Public International Law at the University of Oxford where he is also Co-Director of the Oxford Institute for Ethics, Law and Armed Conflict (ELAC). He has held visiting professorships at Yale Law School, the University of Miami School of Law and Catolica Global Law School, Lisbon, Portugal. He was the 2015 Sir Ninian Stephen Visiting Scholar at the University of Melbourne Law School’s Asia-Pacific Centre for Military Law. Dapo is one of the authors of Oppenheim’s International Law: The United Nations (2017, OUP) and one of the editors of the Practitioners Guide to the Application of Human Rights Law in Armed Conflict (2016, OUP). He was a member of the International Group of Experts that prepared the Tallinn Manual 2.0 on the International Law Applicable to Cyber Operations (2017, CUP). He is also a member of the International Advisory Panel for the American Law Institute’s project on the Restatement Fourth, The Foreign Relations Law of the United States.