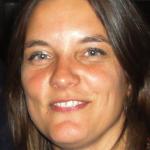 Anne-Marie de Brouwer (Ph.D., LL.M.) is an Associate Professor in international criminal law at the Department of Criminal Law and a research fellow with the International Victimology Institute Tilburg (INTERVICT) at Tilburg University, the Netherlands. Currently she is working as a research fellow with the Institut de Recherche en Droit international et européen de la Sorbonne (IREDIES) at the Université Paris 1 Panthéon-Sorbonne in Paris, France. Previously, she was an associate legal officer at the Women’s Initiatives for Gender Justice in The Hague.

Anne-Marie de Brouwer is the author of the book “Supranational Criminal Prosecution of Sexual Violence: The ICC and the Practice of the ICTY and the ICTR (Oxford—Antwerp: Intersentia, 2005)”, for which she received the Max van der Stoel Human Rights Award 2006. She also co-edited the book “The Men Who Killed Me: Rwandan Survivors of Sexual Violence (Douglas & McIntyre, 2009)”, which features seventeen testimonials and photos of survivors of sexual violence. She has published numerous articles in the abovementioned fields of interest, and co-edited several collections of essays in this field, including “Victimological Approaches to International Crimes: Africa (Intersentia, 2011)” and “Sexual Violence as an International Crime: Interdisciplinary Approaches (Intersentia, 2012 (forthcoming))”.

She is the co-founder and chair of the Mukomeze Foundation, which aims to improve the lives of women and girls who survived sexual violence during the Rwandan genocide.