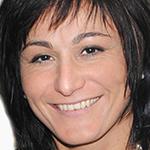 An Italian citizen, Paola Gaeta graduated with a degree in Political Science from the University of Florence in 1991 and a PhD in Law from the European University Institute in 1997. After early experience as a legal assistant in the Appeals Chamber of the International Criminal Tribunal for the former Yugoslavia, she pursued an academic career at the University of Florence. She joined the Faculty of Political Science as an Assistant Professor of International Law in 1998 and was subsequently named Associate Professor (2001) before being named Full Professor in 2005.