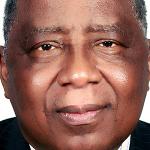 Chief C. Takuwas appointed lead defense counsel at the United Nations International Criminal Tribunal for Rwanda (UNICTR) in October 1999 and lead defense counsel at the Special for Sierra Leone in July 2005. In March 2012, Chief Taku represented a client at the ICC in March 2012 and the African Court on Human and People’s Rights. The above professional assignments are ongoing. He has successfully litigated a number of cases at the United Nations Human Rights Committee in Geneva, Switzerland, and in national jurisdictions.