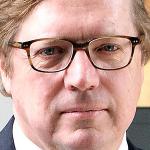 David Scheffer is Clinical Professor Emeritus (Mayer Brown/Robert A. Helman Professor of Law, 2006-2020) at Northwestern Pritzker School of Law. He is International Francqui Professor at KU Leuven, Belgium, Professor Practice at Arizona State University, and Senior Fellow at the Council on Foreign Relations.

Scheffer was U.S. Ambassador at Large for War Crimes Issues from 1997 to 2001 and led the U.S. delegation in U.N. talks establishing the International Criminal Court. He negotiated and coordinated U.S. support for the establishment and operation of International Criminal Tribunals for the Former Yugoslavia and Rwanda, the Special Court for Sierra Leone, and the Extraordinary Chambers in the Courts of Cambodia. Scheffer headed the Clinton Administration’s Atrocities Prevention Inter-Agency Working Group (1999-2001). From 1993-1996, he was senior adviser and counsel to the U.S. Permanent Representative to the United Nations, Dr. Madeleine Albright, and served on the Deputies Committee of the National Security Council. Scheffer was the U.N. Secretary-General’s Special Expert on U.N. Assistance to the Khmer Rouge Trials (2012-2018).